The new Land Rover Discovery range will integrate OLED screens into the driver controls, in-car entertainment system and windows of the vehicle. A prototype of this car was unveiled on 21 April.  See the full story here.

Jaguar Land Rover is marketing the new Discovery as a major step forward in producing a smart SUV. The driver’s display will use two conformable, 3-million pixel OLED displays for driving functions. These will be controllable by touch gesture technology already familiar to smartphone users.

The new system will allow the driver to change gears more easily by simply using a hand swipe on the screen, as well as operate the Discovery’s indicator lights and headlights. By integrating driving functions into a touchscreen format the Discovery Vision will eliminate the number of levers and knobs found on contemporary steering wheels and dashboards.

Jaguar Land Rover has invested time in developing and calibrating touchscreen sensors to ensure that such gestures are accurately captured and do not imperil the vehicle.

Interior entertainment
In-car environment functions, like air conditioning, locking and opening the doors will also be controllable via an OLED touchscreen. Passengers in the rear seats will be able to experience and control the SUV’s entertainment system via another set of 10-inch OLED screens embedded in the back of the seats in front.

The most interesting innovation in the concept car is to use smart glass for the windows and roof panels of the Discovery Vision. These will contain transparent OLED displays. At a basic level this would allow sensitive tinting of the windows in response to bright sunlight, but could also evolve to include the ability to display information.

The head lamps will use conventional LEDs which will include other innovations like laser terrain scanning. There are even plans to develop a capacity to drive the vehicle by remote control.

Although not all of the advanced functions demonstrated in the Discovery Vision model 2014 concept model will be available at once – Land Rover sees the luxury smart SUV platform developing over the next decade. 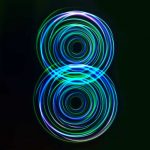 BMW LED Door Projectors - A must for all BMW enthusiasts! 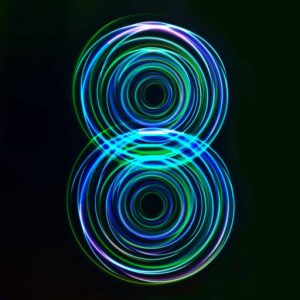 Mercedes Benz gets it’s shine on!

BMW LED Door Projectors – A must for all BMW enthusiasts!

This website uses cookies to improve your experience while you navigate through the website. Out of these, the cookies that are categorized as necessary are stored on your browser as they are essential for the working of basic functionalities of the website. We also use third-party cookies that help us analyze and understand how you use this website. These cookies will be stored in your browser only with your consent. You also have the option to opt-out of these cookies. But opting out of some of these cookies may affect your browsing experience.
Necessary Always Enabled
Necessary cookies are absolutely essential for the website to function properly. These cookies ensure basic functionalities and security features of the website, anonymously.
Functional
Functional cookies help to perform certain functionalities like sharing the content of the website on social media platforms, collect feedbacks, and other third-party features.
Performance
Performance cookies are used to understand and analyze the key performance indexes of the website which helps in delivering a better user experience for the visitors.
Analytics
Analytical cookies are used to understand how visitors interact with the website. These cookies help provide information on metrics the number of visitors, bounce rate, traffic source, etc.
Others
Other uncategorized cookies are those that are being analyzed and have not been classified into a category as yet.
SAVE & ACCEPT